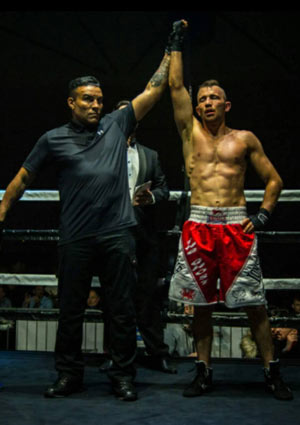 “Welsh champion in 2014, finalist in 2015. Had 21 amateur bouts (won 19, lost 2) and got 2nd pro fight in 3 weeks time. Apart from being involved in so many gym sparring/training with world class amateurs and pros, ExpertBoxing probably played the biggest role in my career as I was following the tips, corrections and little adjustments through the last 5 years of my career. Funny enough sometimes in changing room before a fight, instead of listening to the trainer I was thinking about all of Johnny’s advices and stuff and it’s even more funny that it usually worked.

The way he presents stuff is so much more advanced and helpful as is not as obvious as all other cheap boxing videos you can find on Youtube. His videos are something different as he is describing the way of feeling stuff, describing it in many details and it very often help to understand your body better, so then it helps you to correct ur technique and simply get better in boxing. U got me sparring there with world and British champ Craig Evans and Dale Evans. And also Lee Churcher WBU world champion. Well done Johnny. Keep doing what u doing and hopefully in 3 weeks time I come back with some good news again. Stay sharp guys.”